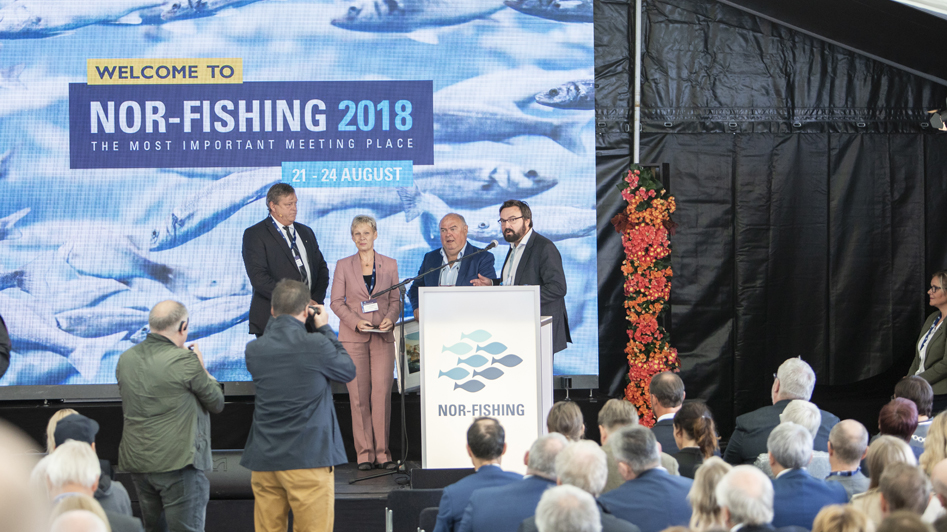 Winner of the Innovation Award: Liegruppen and Salt Ship Design

Liegruppen and Salt Ship Design has won The Nor-Fishing Foundation’s Innovation Award 2018. Their new high-tech, cost-effective and environmentally friendly fishing vessel «Libas» was selected by the jury in close competition with the other finalists.

The Jury noted that the Liebas has potential notable influence in the market. In their speech, Salt Ship Design noted that the innovation process had been unique and challenging.

“We were approached by a fisherman that wanted the most environmentally friendly vessel in the world, fueled by LNG, with electrical winches – and it had to look like a yacht. He also said production starts in 2 months. It has been a fun and unique innovation process”, said Chairman of the Board, Egil Sandvik at Salt Ship Design.

After returning to their stand he explains that it has been an honor to win the award. “We’ve used a lot of time and energy in this project, including many voluntary hours, so we appreciate the recognition the Award implies”, says Sandvik.

He highlights both the shipowner and other participants in the project as essential. “The shipowner takes all the risk in a project such as this. In addition, the sub-contractors have been fleksible and our partners hard working”, says Snadvik.

Sandvik and his colleagues has already begun looking forward. “We assume there will be greater demand of LNG driven boats in the immediate future. At the same time, we’ve noticed some unreleased potential in the technology that we are already working on improving. There is, as an example, cooled tanks containing fish right by the refrigerated LNG tanks that drives the vessel – and we can utilize the energy even smarter in the future.”

The winner received a check of 100 000 NOK and a watercolor painting by the artist Jan Berg titled «Ved Nidelven».